In this article, we’ll focus on the latest news on cryptocurrency & blockchain regulations in Hungary with recent changes and updates of cryptocurrency taxation. 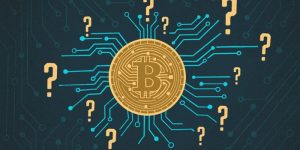 A cryptocurrency is a virtual type of currency that has three defining features: it is digital, decentralised and encrypted. These features keep cryptocurrencies from being managed and maintained by a single authority (as in the case of fiat currencies like Euro or the U.S Dollar) and thus allow for an easy-to-access, distributed exchange medium

The legal framework of cryptocurrencies in the world

The approach to cryptocurrencies varies just as much as the use of cryptocurrencies itself. While certain countries like North Macedonia and Algeria have banned the use of Bitcoin, others may adopt a more progressive perspective like Japan and Singapore. Similarly, the investors tend to have different goals and expectations from their involvement with cryptocurrency projects. Most individual users treat these tokens as tradeable commodities like gold or diamonds, while a non-exhaustive list of companies (such as Visa, Rakuten) may accept them as legal tender.

On one hand, the decentralized nature of the blockchain technology protects the crypto users from the issues of government-backed currencies such as political turmoils, censorship (meaning a centralized party cannot freeze or prevent crypto exchange), or transaction fees. On the other, however, there is an ongoing (and quite a heated) debate as to whether it is financially advisable to invest in crypto. The safety of a crypto investment can vary drastically depending on the project and in general, the markets are a lot more volatile and more susceptible to manipulation than fiat currencies. In order to be able to grant more security over these investments, the inevitable regulatory gap in this area of technology needs to be filled. This article focuses on the current steps taken forward in Hungary regarding crypto regulations.

This is custom heading element

The Ministry has accepted the proposal developed by the Blockchain Hungary Association, and the draft will be submitted for discussion after submission to the Parliament, but considering the pace of the government so far, the new system can really take off.

The first tax return deadline under the new rules is in May 2023.

Part of the package is that those who have made untaxed profits in trading or mining so far will receive a tax amnesty for five years, so profits from five years earlier can also be taxed with impunity. For the time being, only the amendment of the legislation has been submitted to Parliament, the elaboration of detailed rules for NAV is still pending. It is emphasized that taxation will be self-declared. However, NAV can check the authenticity of the return, and then the taxpayer must be able to prove that his return is true.

So far we have assisted over 400 companies. Check out our experiences.

Hungary is reducing tax on cryptocurrency profits to 15% from 30.5%

Moreover, cryptocurrencies are finally given a legal definition, following the Union’s draft Crypto Asset Regulation to define a cryptocurrency:
a digital display of value or rights that can be electronically transferred and stored using shared ledger technology or similar technology
This is a fairly broad, flexible definition that fits Bitcoin in the same way as a tokenized stock or bond, so the definition of a regulatory framework could in principle cover future developments.
With the regulation, the government is repaying old debt, and since the first crypto market boom, the payment of taxes on cryptocurrencies has been a swampy area. Under the current general rules, profits are subject to an overall tax burden of 30.5 percent, so anyone who makes any profit on a currency must transfer a third of it to the state. Many, especially for smaller stakes, prefer tax avoidance.

As long as we keep the assets in a cryptographic device, no tax liability arises only when the profits are “taken out of the black box”, ie they are transferred to the account-holding bank by converting them into normal currency or forint.

Although today’s announcement is only a draft, it is already a big step that the government has moved towards regulation and independent legal recognition of cryptocurrencies. Authorities will soon have access to cryptocurrency data, with Coinbase already providing ample data to the U.S. tax authorities

Gurcan Partners provides legal services in blockchain consultation with its offices in 9 countries and lawyers who are experts in their fields. 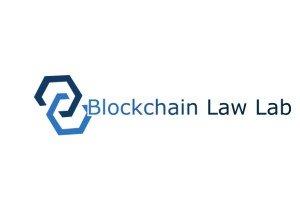 All rights reserved. All rights of the Latest Cryptocurrency Regulations In Hungary article belong to Gurcan Partners. The author has no responsibility for the information in this article. This article is prepared just to inform.