Legal Definition of Cryptocurrency I Is Bitcoin Money?

In this article, Founder of Blockchain Law Lab and Founding Partner of Gurcan Partners,  Att. Bedrettin Gürcan will mention Legal Definition of Cryptocurrency with an aspect of money.

This article is just a short part of the Academic Research of the Att. Bedrettin Gürcan on the topic of The Legal Framework of the Cryptocurrencies and ICOs. It is a one of the most detailed law guides on the topic. To download all study including a wide aspect of regulations from all over the world, please click here.

Before regulating blockchain technology and its most important part, cryptocurrencies, the law should make recognize it as a money, commodity, security or anything else to apply rules on it. At this point, most possible description of cryptocurrencies is money. However, determining of cryptocurrencies as money causes many problems and interrogation points.

Money is an instrument of commerce and the measure of value. In history, three different types of money were used.

Commodity money was the first money. Items used as money has the same value in exchange were the first representative of money. The first commodity monies appear to have been grains. However, using grains was not easy as money because it could rot or so unwieldy. Eventually, metal coins have used.  (Wray, 1990)

Representative money could be unvalued or little value but can be exchanged for silver, gold or its silver equal value. In the nineteenth century, American Banks issued some pieces of paper known as bank notes, which enable to exchange them for gold or silver coins.

Credit money is the third type of money. By credit money or debt money, mean any money, except representative full-bodied (commodity) money, that circulates at a value greater than the commodity value of the material from which it is made.  (Goldfeld, 1986)

One of the first digital currencies was E-Gold, which was backed by gold in 1996. Another one was Liberty Reserve, make possible to convert dollars or euros to Liberty Reserve Dollars and Euros and exchange these currencies freely with one another with some transaction fee. The common feature of both systems was centralized. In addition, these systems were used for money laundering and other illegal actions. Finally, both currencies were shut down by the US Government. US Government was able to shut down these digital currencies, because of centralized systems.

In this respect, we should consider what is the possibilities of digital currencies as Bitcoin can eventually replace fiat currencies like US dollars or not.

However, cryptocurrencies have a limited number of units like Bitcoin (Max Issued 21.000.000).  It causes value increasing in case of massive using of Bitcoin as fiat currencies.

First, cryptocurrencies are stored electronically. It meets this expectation.

The first requirement, it can be used for transactions easily is met expectation by cryptocurrencies including Bitcoin, Ether, Ripple, and others. There are thousands of websites and stores that accept Bitcoin or other cryptocurrencies. The graph below shows the daily transactions of Bitcoin per day. 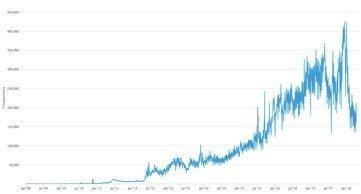 However, it is just a transaction on the Bitcoin blockchain. As we mentioned above, there are many blockchains, which open source to make transactions. After comparing with national currencies, this number could be quite low. However, there are some countries like Lao, Uganda has fewer transactions than Bitcoin.

Van Alstyne points out that fractional ownership of a Bitcoin is possible; therefore, the 21 million is not a limiting number. In addition, Bitcoin is fungible. All Bitcoins are created equally, and they can all be interchanged. Last, it is countable and subject to mathematical operations.  (Van Alstyne, 2014)

The other debate on meeting unit of accounts is the volatility of coins and tokens. From my point of view, the biggest challenge for cryptocurrencies to be used as money in daily life is volatility. It creates a problem in valuing goods and services. However, there are still some national currencies, which have high volatility. But, there is not any debate on whether we should consider these national currencies as a currency or not. As result, there is no reason to use as a unit of account for cryptocurrencies.

The third requirement is the storage value of the account to be accepted as a currency.

Bitcoin suits as a unit of account, we focus on the storage of value and the means of trade purpose. In the case that a user wants to trade it Bitcoin against goods or services, both counterparties of the transaction must come up with a similar valuation of the currency at the same point in time. In order to use Bitcoin to store value over time, users need to quantify their expectations about the future value of the currency.  (Glaser,  2014.)

The sharp increase in Bitcoin and mainstream cryptocurrencies at the end of 2017 and then falling down to more than %50 showed that time is still so early to store of value for cryptocurrencies. Because of lacking any inspection body against speculations in the crypto markets causes high volatility. Moreover, failures of dominant coin-token exchange platforms cause high volatility. In this respect, regulating these exchange platforms can be a good step to avoid volatility.

Many currencies have suffered from high levels of volatility, but the main difference between these currencies and Bitcoin is that Bitcoin is not backed by a government. It is clear that the legitimacy of Bitcoin as a currency will remain ambiguous for the foreseeable future.  (Carrick, 2016)

Our international team and network are ready to help you with all legal issues related to cryptocurrency, Blockchain, and ICOs. You can have a check our professional team from here.

Please do not hesitate to contact us regarding the Legal Definition of Cryptocurrency.

This article is just a short part of the Academic Research of the Att. Bedrettin Gürcan on the topic of The Legal Framework of the Cryptocurrencies and ICOs. It is a one of the most detailed law guides on the topic. To download all study including a wide aspect of regulations from all over the world, please click here.

We are ready to help you with all legal issues related to Blockchain and ICOs. You can have a check our professional team from here.

Gurcan Partners and Blockchain Law Lab is ready to help you. Please contact us. 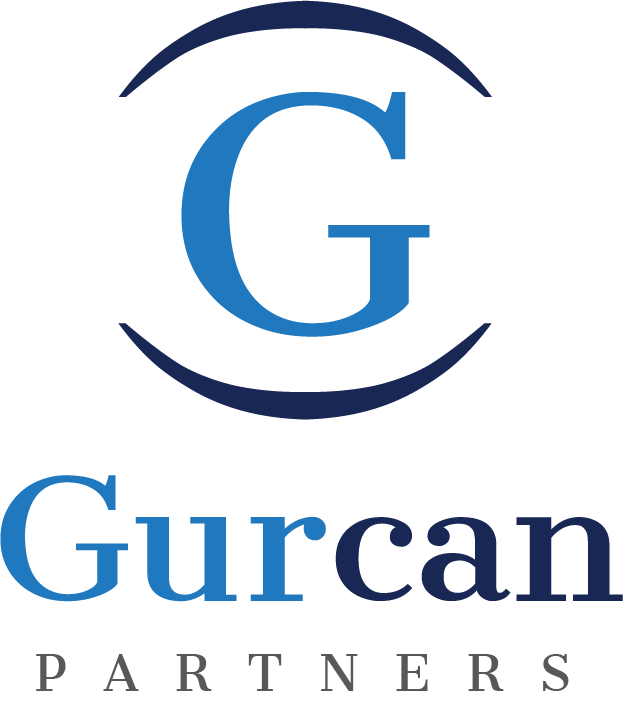 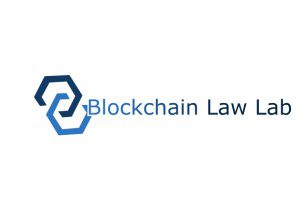 All rights reserved. All rights of Legal Definition of Cryptocurrency article belong to Gürcan Partners. The author has no responsibilities from the information in this article. This article is prepared just to inform.

Please do not hesitate to contact us via mail. We endeavor to respond within 24 hours.